Noggin Wiki
Register
Don't have an account?
Sign In
Advertisement
in: Bumpers and commercials, Phred on Your Head Show

Head Buzzers is a series of brief bumpers made for Noggin. Each bumper is a short animated guessing game, showing a literal representation of a word or phrase, like a racer driving a screw (for "screwdriver") and a nose with legs (for "runny nose"). The goal is for the viewer to figure out what it means.

These were shown during commercial breaks and during episodes of Phred on Your Head Show.

The bumpers had an official summary on Noggin's programming site, which was:

Each short opens with an animation of a green skeleton whose brain is lighting up with electricity. The animations were based on ideas by real kids, who are credited in the bottom left corner. The ending features the words "Your head buzzer here" and a Noggin logo with a buzzing machine on top of the head. 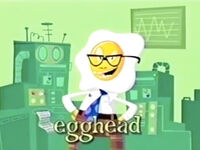 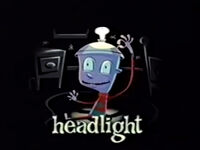 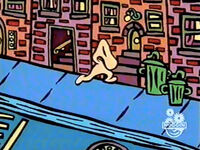 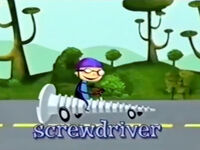 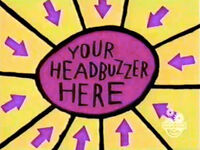